Is switching to medication really just replacing one addiction with another? 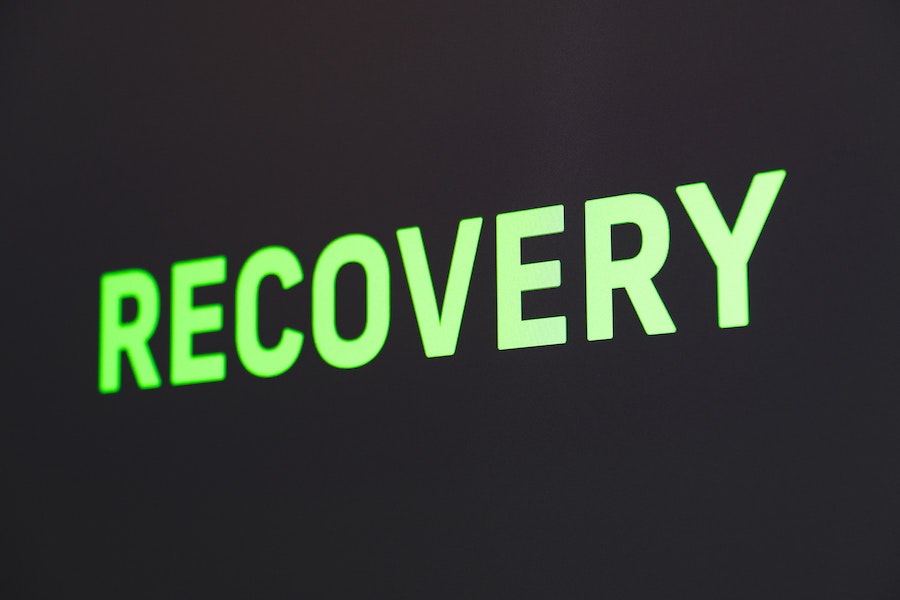 At Ophelia our goal is to make it easier for people to get medication for opioid use disorder (like Suboxone, Zubsolv, or generic brand name buprenorphine). But when we tell people what we do, we sometimes hear the following:

"Getting on Suboxone isn't recovery. It just gives you another addiction."

There's a widespread perception that you're not truly "sober" or "in recovery" if you're on medication, and it’s a misguided and dangerous enough belief that it’s worth addressing.

First, let’s just recognize upfront that there's no one clear definition of "recovery" or "sober." Many people (like those in the screenshots) want to claim that theirs is the right one, that anyone taking medication like Suboxone doesn't count as being in recovery. But consider how both the Substance Abuse and Mental Health Services Administration (SAMHSA) and the National Institute on Drug Abuse (NIDA) define “recovery”:

“A process of change through which individuals improve their health and wellness, live a self-directed life, and strive to reach their full potential.”

Most mainstream professionals focus on the core idea of recovery being someone abstaining from intoxication and improving their lives. And while originally, being in recovery meant being “drug free,” this has changed and it is now widely accepted that recovery can include the long-term use of medications such as Suboxone, as long as medication is taken as prescribed in doses that are not intoxicating and not interfering with daily activities.

There's also a lot of ambiguity around how people use the term "addiction." At face value, it's tempting to say that someone is addicted to something if they take it every day, need it to feel “normal,” and can't stop taking  it. But this isn’t a very helpful definition, as it doesn't reflect the nature of addiction.

Addiction is when someone can't stop doing something despite it having serious negative consequences on their lives. When you can't stop buying and taking painkillers despite the fact that you've lost your job, you're spending money that you shouldn't be, you haven't been able to maintain relationships with your family, and there's a significant risk of overdose every time you use, then you're facing an addiction.

The issue with addiction isn't simply drug use. Most of us use some sort of drug like caffeine or even an intoxicant like alcohol. People who take a blood pressure or an anti-seizure medications are physically dependent on the medication and need it to feel  “normal.” But that's not the same as having an addiction.

The problem with conflating physical dependence and addiction is that it implies an abstinence-based, or a “medication-free”  approach as the only solution. Abstinence-based treatment of opioid use disorder simply doesn't work for most people. Even if you're able to get through the acute and protracted stages of detox and withdrawal (which typically lasts several few weeks), the chances of relapsing are shockingly high. People who go through abstinence-based treatment programs (like most inpatient rehabs) have a relapse rate as high as 90% within three months. One Harvard Medical School researcher found that it takes the typical opioid-addicted user eight years — and four to five treatment attempts — to stop using opioids for a single year. This also underscores the fact that addiction is a disorder that will persist for a long period of time (years) despite being treated, like a diabetes, rather than an acute one like a broken bone that requires a one-time treatment. In other words, substance use disorder requires long-term recovery — and it’s a misconception to think otherwise.

So why do so many people still believe in the medication-free approach? A lot of the root of the problem and social stigma against using medication for recovery comes from the fact that for a long time, the medical community was unwilling to consider opioid addiction a chronic medical issue. It was considered a character weakness or moral and spiritual failing.  In the past, a doctor might have said, “I can help alleviate withdrawal but it's not my problem if this person decides to return to drug use.” So for a long time, providers in the medical community effectively turned a blind eye to addiction, they did not offer treatment and did not train physicians in long-term addiction management.

As a result, religious and community-based non-medical organizations like Alcoholics Anonymous (AA) —and it's successor, Narcotics Anonymous (NA) — stepped in to fill the gap with traditional rehab centers. They promoted a 12-step model with abstinence as a core tenet of the treatment plan, and as a result, a whole generation of us was taught to believe that if someone with a drug problem didn't stop using drugs entirely, they weren't truly "clean" (this overlooks the fact that AA participants often self-medicate with crazy amounts of coffee and cigarettes because it helps).

Partly because many people are still being told that they can manage recovery medication-free and due to the proliferation of fentanyl-like chemicals  (100 or more times stronger than heroin) pressed into knock off pain pills, we've seen opioid overdoses skyrocket over the last five years, to the point where overdose is now the #1 cause of death among Americans under 50 years old. Medication-assisted treatment (e.g. Suboxone) has emerged as a much safer and more effective approach than just trying to do the recovery “medication-free.”.

Yes, Suboxone is an  opioid, but long-term Suboxone use is not the same as opioid use with oxycontin or heroin. For one thing, it is much safer. As a partial opioid agonist, Suboxone has a ceiling-effect and at a certain dose taking more of it doesn't get you a stronger effect. At the right dosage, you know it's working not because you feel high, but because you stop experiencing withdrawal symptoms, you don't feel cravings to use other opioids, your mind is clear, your mood is stable, and you can sleep normally.

The anti-withdrawal, and anti-craving effects last 24-48 hours, as opposed to just a few hours with most opioids, which means that as long as you took it within the last day or two, you should be okay. Moreover, Suboxone binds to your opioid receptors stronger than most other opioids, so as long as you take the full dose every morning, if you did take other opioids they wouldn't actually have any effect and you would not be triggered to use more.

Another safeguard of medication like Suboxone or Zubsolv is that it's actually a combination of two medications: buprenorphine and naloxone. Buprenorphine is the partial opioid, while naloxone actually blocks the effects of buprenorphine, but it is not effective if the medicine is taken under the tongue. Naloxone is actually a medicine that is in Narcan, which can effectively block heroin and reverse an overdose when given into the nose or injected. If someone tries to abuse Suboxone by crushing and sniffing or injecting it, the naloxone kicks in and actually prevents it from working. This safeguard means the abuse-potential for Suboxone is incredibly low.

The goal of getting people off of opioids and on safer meds is not to just get them to stop using drugs. It's to help them get their life back together. To start saving money. To get their jobs back. To rebuild relationships with their family. And to help give them some hope for the future. Medication on its own isn't going to fix anyone. But it can provide a foundation for other work to happen. Don't just take our word for it:

"All and all, it just started the process of me being able to change my life. Suboxone gave me that start, like a safety net."  – Randy 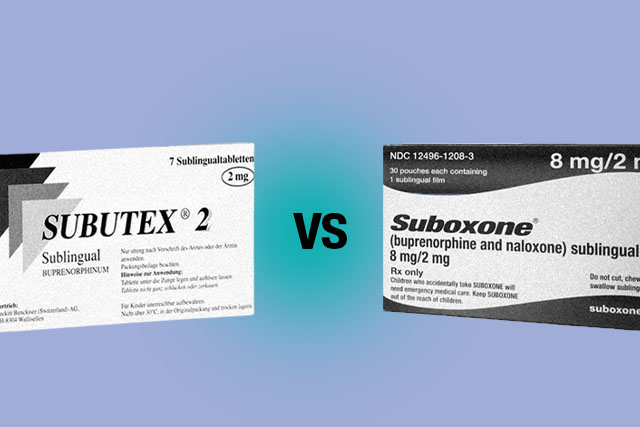 Suboxone® vs. Subutex®: what is the difference?

Here’s what you should know about the similarities and differences between Suboxone and Subutex. 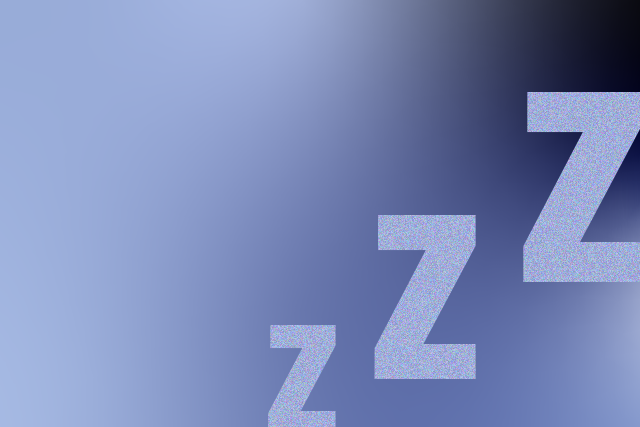 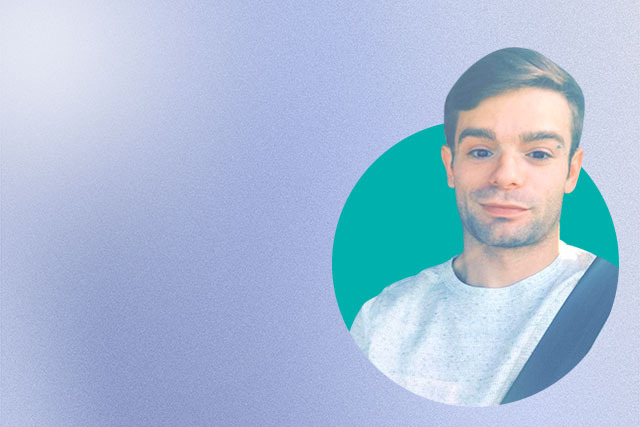 Hear from Lewis, a patient since September 2021, on his experience with opioids and Ophelia.